Working on your own schedule means setting your own schedule and — if you want to get anything done — actually sticking to it. For bloggers, your own worst enemy is often you. Here are some pointers to being more productive doing what you love.

Social media is an amazing tool to promote your blog and network with others. It’s also an astoundingly powerful distraction, so much so that some medical professionals have chronicled cases of social media addiction.

Take some time before you sit down to write to run through your e-mail, Twitter feed, and Facebook wall, but when it’s time to write, write. Log out of your social media accounts and don’t log back on until you’re done. Don’t worry, you probably won’t miss much.

You Won’t Have Stats if You’re Always Checking Them

Somewhere inside every blogger is a narcissist. You have something to say and you want to know who’s listening. It’s appropriate and professional to check your stats and monitor your progress — sometimes — but when it becomes an obsession, it becomes a boat anchor.

When you’re analyzing stats, remember that the followers and subscribers you have are there because of your content. Stop worrying about the back end and put more time into worrying what they’re seeing on the front end.

Set Goals and See Them Through

Instead of blogging for a set amount of time each day, think of budgeting your time around goals.

You know how much time you have, so be realistic. Plan to publish three (or seven or two or whatever) posts that day — and then do it. If you say, “I’m going to write for an hour,” that can often translate into sitting in front of your computer for an hour. Consider your goals something you have to get done, like paying a bill. If you must, you will.

Multi-Tasking Is Nothing to Brag About

People will often list multi-tasking as an attribute on their resume. It’s not. If you’re juggling tasks, chances are you’re not doing any of them as well as you could be if you were focused on one.

Would you want your dentist to multi-task? How about the guy flying the airplane you’re riding in? Then why is it OK for a blogger? Remember, you provide a valuable service that people enjoy — when you do it right. Make a list of tasks, put the most important ones first, focus, and do them in order.

Blogging isn’t easy, but it can be fulfilling if it isn’t plagued by procrastination and mismanaged time. There are a million blogs out there that could have been awesome if the person behind the keyboard took it as seriously as he or she did their job. It’s more than a job. It’s your baby, and like anything else in life, you get out what you put in.

You have Successfully Subscribed! 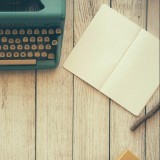 Andrew Lisa is a freelance writer living in Los Angeles who writes on a variety of topics, including maintaining a positive online reputation.

You have Successfully Subscribed!